There’s an emerging movement in the funeral industry, fueled by environmentalism and a yearning to accept mortality and reclaim a connection to Earth and to each other. Although it seems revolutionary, a green burial is as old as humanity, while the conventional burial commonly practiced in the United States is only a bit over 150 years old.

Continuing a practice that began in the Civil War, the conventional funeral typically involves embalming with toxic chemicals such as formaldehyde to preserve the body for viewing. Elaborate metal and varnished hardwood caskets are lowered into cement or steel burial vaults and entombed in memorial parks, where lawns are maintained with heavy machinery and liberal applications of herbicides and pesticides.

These materials are not just polluting the Earth, but depleting resources only to bury them forever. “You can build a replication of the Golden Gate Bridge in San Francisco annually with all the metal placed in the ground. Why would we bury these materials that people could actually be using?” says Elizabeth Fournier, a licensed mortician in Portland, Oregon, and author of The Green Burial Guidebook.

In a true green burial, the body is put in repose in its natural state; refrigeration or dry ice replaces embalming fluids. Families may choose to bathe and dress their loved one’s body, wrap the body with a natural cotton shroud or place it in a casket made of sustainably grown and biodegradable materials including pine, bamboo, wicker or even cardboard.

The burial site has a more natural feel, with indigenous plants, meadows and soil untouched by chemicals. The grave is dug and refilled by hand, while family and friends use ropes to lower their loved one directly into the earth. “You’re going back to nature. Your body will decompose and in turn it can nourish the environment. New life will come from your death,” says Ed Bixby, owner of Steelmantown Cemetery Companies and president of the Green Burial Council, which certifies eco-friendly cemeteries and funeral services.

Natural burial sites are public recreational havens where people can hike, birdwatch, cross-country ski or camp. These beautiful cemeteries are full of life and regeneration. “The neat part is that they’re using their income stream for open-space preservation—buying property, using it for burial purposes and dedicating that land so that it will always be open and green,” says Robert Prout, a third-generation funeral director in Verona, New Jersey. Every state has at least one natural burial site. There are hundreds nationwide, and 11 of them are legal preservation grounds, owned and managed by conservation or state agencies.

As people learn more about green burials and request them, traditional cemeteries are setting aside areas for these alternatives. Bixby is encouraged by the hybrid models. “It’s helping change the direction of the funeral industry. We’re empowering and educating families. That’s how we’re going to grow this movement,” he says.

A green burial will usually cost less than the conventional one. “The environment is suffering, and people’s wallets are suffering,” says Fournier. “People are realizing that you don’t have to spend a lot of money after someone has passed away to show your love.” In some towns, backyard burials are an option, too.

From an emotional and spiritual perspective, there’s a lot to be said for a green burial. “It’s been so clinical for so long, where you wear your black suit. You sit on the sideline. The gravedigger and undertaker do everything. You’re sort of a spectator,” says Fournier.

“By being a part of the process, there’s a greater sense of acceptance. You can see a lot of the pain and grief wash away,” says Bixby. “It allows us to not only care for our dead, but also not be so afraid of our common denominator. We’re all going to die. It shouldn’t be a scary, disconnected experience.”

Overseen by the U.S. Environmental Protection Agency, a burial at sea is yet another green option in which the body decomposes naturally on the ocean floor. To find a state-by-state list of natural burial sites, visit GreenBurialCouncil.com.

Sandra Yeyati, J.D., is a professional writer. Reach her at SandraYeyati@gmail.com. 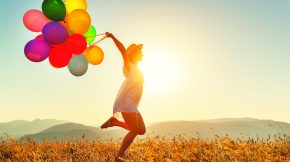 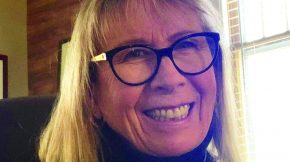 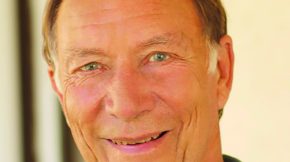 Peter Russell on the Healing Power of Letting Go
living 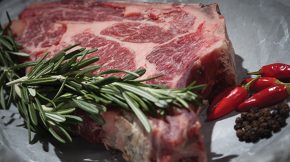 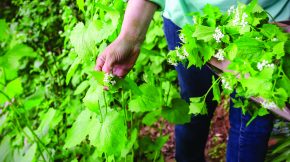