The Benefits of Urban Gardening
by Laura Paisley Beck For a lot of Americans, healthy food is scarce. According to FeedingAmerica.org, more than 35 million Americans faced food insecurity in 2019. That number is expected to increase substantially due to the pandemic, which disrupted the food supply chain in ways that most Americans have never seen.

The good news is that urban and localized gardening can bring fresh, healthy, organic, sustainable and affordable food to nearly every household. A 2013 abstract from Michigan State University published in Agriculture & Food Security states that urban gardens could not only provide healthy food, but also create a more resilient food system.

During the pandemic, many people jumped at the chance to put in a garden, and in cities, where available land is limited, creative solutions have emerged. Just about any space could serve as a viable garden, including a spare room, rooftop, shipping containers or an empty warehouse. With hydroponics, no soil is required and with vertical systems, planters are stacked, requiring a small footprint.

Veggies Instead of Lawns
Phan Truong, known as A Suburban Gardener on Instagram, turned her entire yard into an organic vegetable garden and invited her Scaggsville, Maryland, neighbors to share in the bounty. “I had this table of abundance in front of my house, but people weren’t taking anything! So, I hid in my garden, waiting for neighbors to walk by, and then I’d rush the fence and encourage them to take food,” Truong says. “My husband thought everyone would think we were weird.” Now, instead of getting polite waves from afar, the garden has become a communications hub among neighbors.

Sharing the Abundance
When Truong witnessed friends losing jobs and struggling, she was inspired to lend a hand by assisting some of them to plant their own low-maintenance, high-yield gardens to save money on healthy meals. Once she had assisted people close to her, she decided to expand her reach. “My garden spits out a lot of food. I discovered there are local food banks and charities that collect food. I was surprised that they will take any abundance,” says Truong.

Garrett Livingood, a North Atlanta, Georgia, blogger, developed GrowMyCommunity.org where local farmers, growers and community gardens can upload their location and what they offer, so that the locals know where to go for fruits, vegetables, herbs and other healthy eats. According to Livingood, “Forty percent of produce gets thrown out every year, so it’s not that we don’t have enough food, the problem is access.” Food Security Equals Health
Ashlie Thomas, a research scientist known as The Mocha Gardener on Instagram, started gardening for healthy produce and medicinal plants at home in Graham, North Carolina, when family members on limited incomes living in a food desert had been diagnosed with health issues like hypertension and Type 2 diabetes.

“Imagine having diet requirements that included mostly plant-based food, but your resources are simply not there,” Thomas says. “I didn’t know there was a term for that: food security. There is an increasing population with disease, and food could be the answer.”

The problem is particularly prevalent in communities with no grocery stores, forcing residents to buy food at gas stations or drive considerable distances to big-box stores.

Thomas observed that choices at these kinds of facilities are often between expensive produce or inexpensive junk food. Healthful food is not available or affordable for all.
Thomas believes gardening empowers people to take control of their diet and their health, not only physiologically, but psychologically and spiritually. “It doesn’t just stop at the garden,” she says. “How you treat your body and other people has a positive healthy impact, as well.”

Tips to Get Started
Follow local gardeners on social media to get ideas. Flowers can be food. Try violets, pansies, nasturtiums and chives to beautify the garden and the plate.

Grow organic. It’s cheaper and doesn’t harm anyone or anything. “I grow organic because I want to respect my space. I don’t want to control Mother Nature, I want to work with her,” says Thomas.

Herb it up. Mint, rosemary and basil taste great and can deter pests.

Overall, keep it simple. Set up for success with just enough to learn and enjoy a new lifestyle. It can be expanded upon year after year, providing a bounty of nutritious food security.

Laura Paisley Beck is a freelance writer and self-proclaimed foodie in Madison, Wisconsin. Reach her at LauraPaisleyBeck@gmail.com. 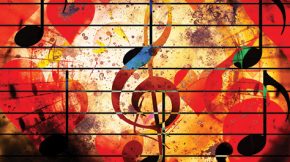 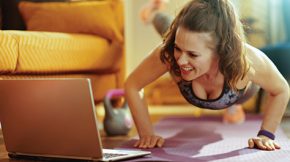 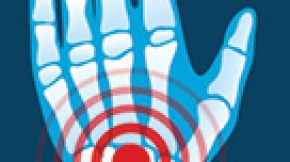 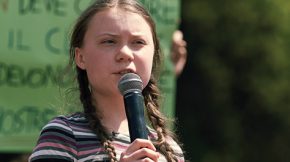 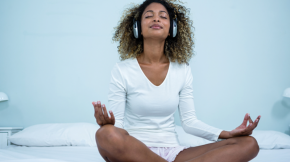